The foundation stone of the Barker brand was laid in a humble cottage in the heart of England's shoe manufacturing industry in 1880, by an enterprising Northamptonshire boot maker.

Arthur Barker was a skilled craftsman and natural innovator, whose waterproof peg-sole boots were highly sought after (the pegs would swell when wet and make the sole waterproof). Unable to satisfy increasing demands, he employed other craftsmen in surrounding villages to fulfill his growing order book. With a keen eye on the future and a shrewd sense of timing, Barker invested in factory premises at the turn of the century, later securing contracts to supply the British army with boots during the First World War.

Throughout the interwar years, the Barker brand went from strength to strength as Arthur's three sons joined the family business, taking the brand into new markets and territories. In 1947, a new factory was built in Earls Barton to house the women's shoe production, and in 1950 the brand established a separate sales company to sell direct to retailers.

Sort by:
Best sellers Relevance Name, A to Z Name, Z to A Price, low to high Price, high to low
Showing 1-2 of 2 item(s) 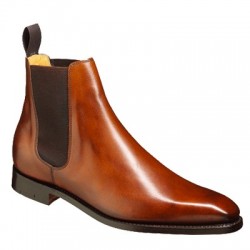 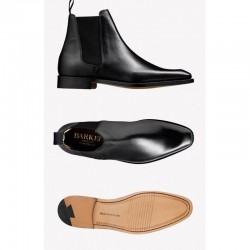